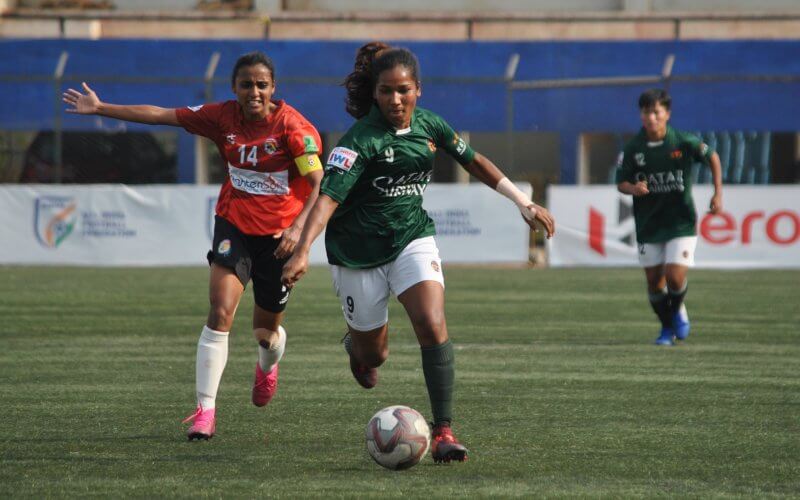 Bengaluru, February 06, 2020: Kenkre FC booked their place in the semi-finals of the 4th Hero Indian Women’s League (IWL) after registering a 2-1 win over local outfit Bangalore United FC (BUFC) in their final Group B fixture at the Bangalore Football Stadium on Thursday (February 06, 2020).

Kenkre’s Asha Kumari opened the scoring before Techi Akung doubled their advantage. Amulya Kamal pulled one back for Bangalore, but that served as nothing more than a consolation.

The first half remained goalless, with Kenkre enjoying more possession and better chances. First blood was drawn just 40 seconds after the break when a cross from the left flank caught the BUFC defenders napping and Asha Kumari was the first to react as she slotted it past Vinaya Seshan in goal to score the opener.

The advantage was doubled in the 56th minute by Techi Akung, who made a corner routine count and made no mistake, heading home with precision.

A long-range effort from near the halfway mark by BUFC skipper Amoolya Kamal was completely misjudged by Kenkre keeper Riya Tank as the ball bounced over her head in the 86th minute.

The speculative strike served as a mere consolation for BUFC, who have now closed their account for the season while Kenkre will have another date with destiny, with the coveted IWL crown on the horizon for the teams in the last four.