Women Football
Kenkre bounce back with win over Bidesh XI 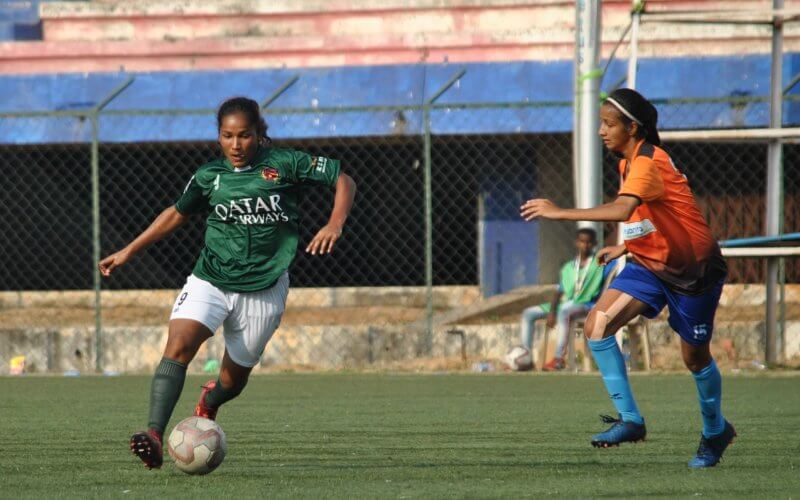 Soumya Guguloth broke the deadlock before second-half strikes from Jyoti and Puja Karmakar wrapped up the three points. Stessi Cardozo grabbed a consolation goal for Bidesh deep into stoppage time.

Having endured a 10-1 hammering at the hands of Gokulam Kerala women, Kenkre showed great character to bounce back, as was evident right from kick-off.

Having dictated the tempo of the game, Kenkre went ahead in the 18th minute. It was Jyoti who created the opening and with some fine footwork, curled in a left-footed attempt from the right. The attempt may have been goal-bound anyway, but skipper Soumya Guguloth got her foot to that for insurance, putting her side in the driving seat.

Following the breather, Kenkre found themselves with a two-goal cushion in the 54th minute. Jyoti made an amazing run, darting down the right and with some mazy footwork, left two defenders at bay and rounded off the run with a fine finish down the keeper’s right.

It was yet again a solo effort, this time from Puja Karmakar in the 89th minute; she seemed to have lost the chase for a loose ball but through sheer persistence, won possession back and after cutting inside, got her shot away which found the bottom corner.

Kenkre’s perfect evening was somehow marred when they were caught napping on the break by Bidesh and on the counter, as Stessi Cardozo pulled one back. It was a little too late, as Bidesh XI remain elusive of their first Hero IWL victory of the season, and remain rooted to the bottom in Group B. Kenkre, however, rise to second with six points.