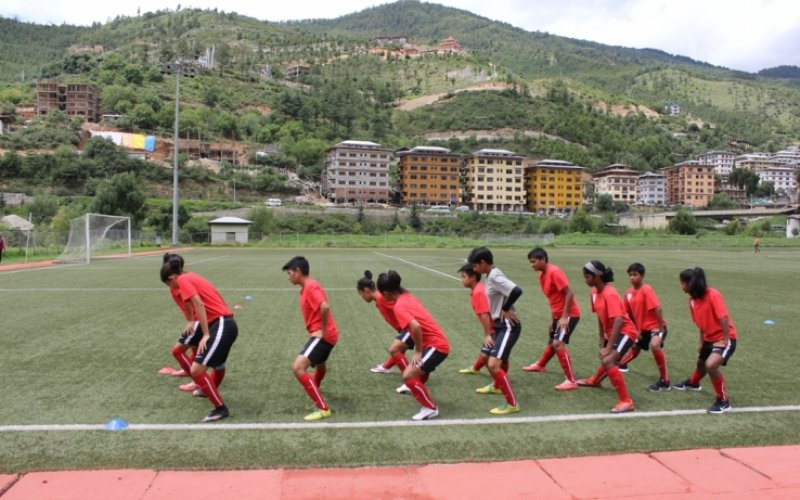 THIMPHU (BHUTAN): The Indian U-15 Women’s National Team will clash swords against Bangladesh U-15s in the Final of the SAFF U-15 Championship at the Changlimithang Stadium in Thimphu, Bhutan on August 18, 2018, in a re-match of the 2017 edition of the finals of the SAFF Championship.

“We are ready for the final and our run in the group stages is a testament of how well we have played throughout the tournament,” said Head Coach Firmin D’Souza.

“Bangladesh are the toughest team to face in the SAFF Championship and although we respect them, we will be going for the win and try to score an early goal to cement our position in the match”

“We will certainly be looking to avenge our loss against them in last year’s final. We have come a long way since then and are looking to give our hundred percent on the pitch in an attempt to win”

The Indian Women topped Group A with maximum points out of two matches, scoring thirteen goals in the process, whilst conceding none, defeating Sri Lanka 12-0, and hosts Bhutan 1-0. In addition, in the semi-finals, the Women edged past Nepal 2-1 in a tight encounter.

“Had we taken our chances, we would have won by fancy scorelines against Bhutan and Nepal (in the semi-finals). However, the girls did their job and dominated both matches”

“The squad maintained their shape and implemented the game plan to perfection. We will have to do the same against Bangladesh as well and the girls are looking forward to overcome the challenge”

“We want to win the final and we will give our everything on the pitch”, said Lynda Kom, who scored against Nepal in the semi-finals.

Sunita Munda stated that, “Bangladesh will be tough to play against as they are good on the ball and their players are quick on counter-attacks. But we have devised a plan to deal with them and are confident”

“We have been preparing for the finals for a long time now and now that we are here, we are ready and raring to go. There is only one step left to take, only one more team left to conquer to accomplish our goal of winning the SAFF Championship”, stated Jhanvi Shetty.