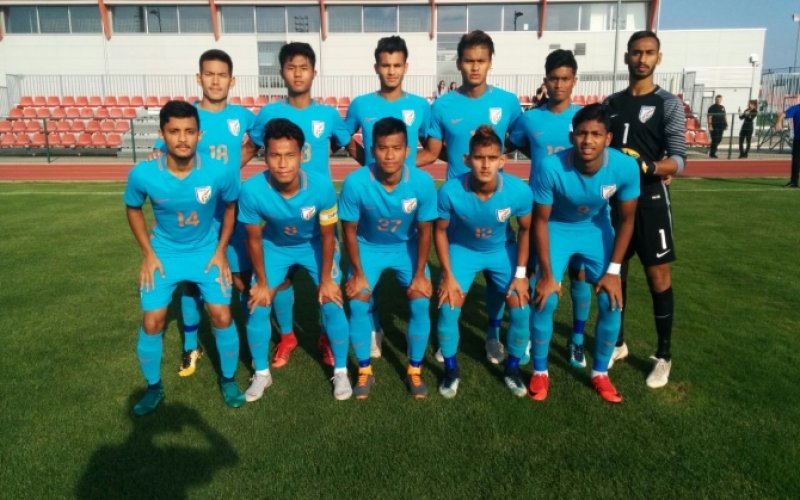 NEW DELHI: The India U-19 team suffered another defeat at the hands of hosts Serbia at the Technical and Training Centre during their exposure tour. After a 2-0 win in the first match, the hosts came up with a 3-1 victory against the Blue Colts on Monday.

Despite this early pressure, however, it was the Serbians who broke the deadlock via a brilliant solo effort from Bojic Bojan, who intercepted the ball in the attacking third, dribbled past three defenders and slotted it past India goalkeeper Prabhsukhan Gill.

By then, the hosts had gained some confidence after the early onslaught by the Indians. A 30th-minute corner by Serbia was carefully smothered by Gill, but his pass to Jeakson was again intercepted by Ognjenovic Marko, who coolly proceeded to slot the ball into the net. This was followed by a third Serbian goal, following yet another defensive lapse by India.

After a couple of failed attempts, the Indians finally managed to get on the scoresheet via a Rahim Ali strike on the stroke of half-time. Advancing down the right wing, Aman played Abhijit through, in between the Serbian defenders.

Unselfishly, Abhijit crossed it into the box, where Rahim Ali was lurking. The latter grabbed the opportunity with great aplomb, as he slotted it into the net.

India kept applying more pressure on the Serbians in the second half, but the hosts’ defence adeptly soaked it all up. The introduction of Nongdamba Naorem did a lot of good for the Indians, as he often troubled the Serbian defence in the latter stages of the game. However, neither side could find the back of the net in the second half, and the match ended with a 3-1 defeat for the Blue Colts.