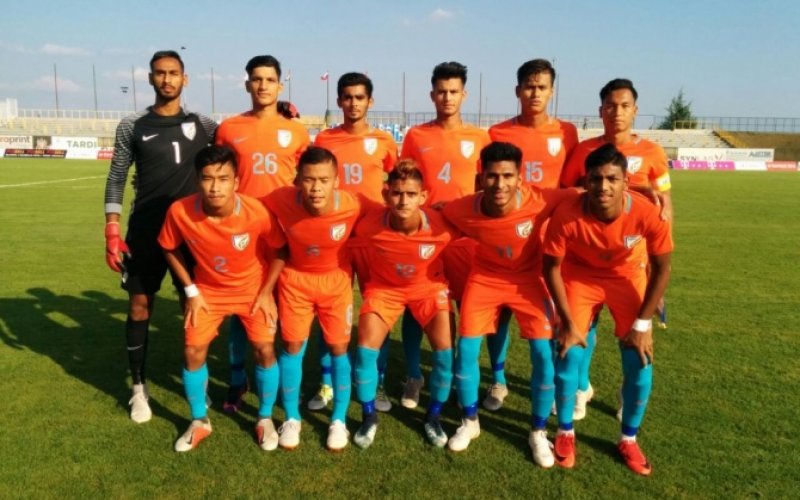 NEW DELHI: The Indian U-19 National Team currently on an exposure tour in Croatia to participate in a Four-Nation Tournament went down by a solitary goal against Slovenia U-19s on Friday (September 06, 2018).

In a match where India dominated -- both in terms of possession and chances created, Slovenia’s match-winner came much against the run of play in added time of the second-half.
The Indian colts, however, started on an attacking note and Rahim Ali’s header in the 7th minute whistled inches past the rival goal.

In the 27th minute India had the opportunity to take the lead but Suresh Singh failed to make the most out of the chance after a Boris Singh cross found him in the box.

Changing over, the Indian Colts were right back into the attacking stem. This time Narendra missing his chance from a corner kick, heading wide from the box.

The two best opportunities for India came back to back in the 70th and 72nd minutes respectively. First, Aniket Jadhav’s shot took a wicked deflection and went inches wide of the goal and minutes later, Abhijit Sarkar fluffed his chance from a hand-shaking distance.

But Slovenia managed to withstand the storm and scored in added time seal the fate of the match.

The Indian U-19s next play the youth team of World Champions France next on September 09, 2018.