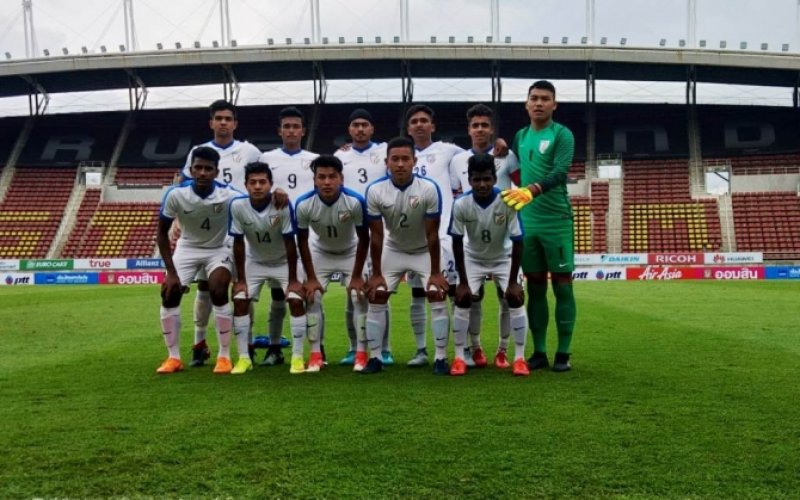 The Indian colts had surged into the lead in the 18th minute when Vikram Pratap Singh beat the off-side trap to slot home. But the hosts scored two in the second half, the match-winner coming as late as the 89th minute.

The result, in fact, is reminiscent of the last match played between the two teams in China earlier this month when the Indian colts had conceded two in the last three minutes to go down 1-3.

It was however, the Indians attacked from the opening minutes and as early as the second minute, they pressed on to the opposition goal, only to be denied by the defence line. In the 9th minute, an Indian free-kick was saved by the Thai custodian.

In the 18th minute, the Indian Colts surged ahead into the lead when Vikram Pratap Singh capitalized on a through ball by Givson and slotted it past the Thai custodian with ease to give India the lead.

After stunning the Thai opponents the Indian colts enjoyed a healthy share of possession but despite getting into favourable positions, they failed to capitalise on the lead.

In the 28thminute Vikram’s shot off a Shabas cross was easily saved by the Thai goalkeeper.

Although Thailand attacked and threatened the Indian defence line, the colts stood firm and saw out rare shots from distance. The half-time score-line read 1-0 in India’s favour.

The second half started on a slow note but Thailand had better of the exchanges and almost found the net in the 51st minute but were denied by the Biaka, the Indian custodian.

In the 68th minute, the Thai opponents restored parity, heading it in off a corner.

In the 80th minute, the Indian colts upped the ante. Givson’s shot earned a save from the Thai custodian and shortly after Gurkirat shot wide of goal as the Indians pressed to regain the lead. In the 82nd minute, substitute Rohit Danu shot over the bar from inside the box.

But Thailand, much against the run of play managed to score the winner in the 89th minute.