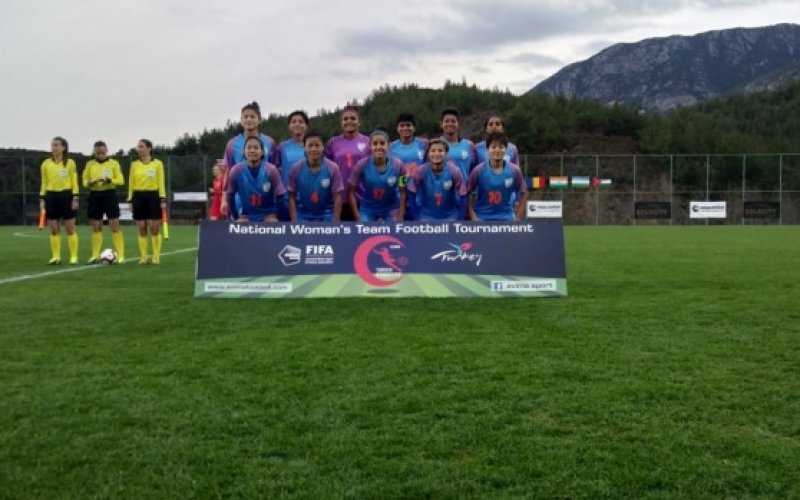 NEW DELHI: Coming on the back of a 10-0 win against Turkmenistan, the Indian women went down 3-0 against Romania in their last group stage match of the Turkish Cup today (March 03, 2019).

Out of three matches played in the group stage of the Turkish Cup, the Indian women won against Turkmenistan but lost to Romania and Uzbekistan. The play-off match for the women to decide their standing in the Turkish Cup is slated for March 05, 2019.

Romania got off to a dream start and found the net as early as the 15th minute to take an early lead. Capitalizing on their early dominance, the opponents doubled their lead in the 30th minute after Dalima Chhibber failed to make a clearance handing the opponents a leeway. The half-time scoreline read 2-0 as Romania led.

Coach Maymol Rocky decided to bring on Roja Devi for Ratanbala Devi to add to her attack in the second half. In the 68th minute, Grace ran clear off her marker but could only shoot over the bar as the women searched for a way to reduce the deficit.

Romania upped their attacking ante in hopes of extending their lead but were held at bay by astute defending in the second half. But Romania found the net again in the 87th minute as the full-time scoreline read 3-0 in their favour.