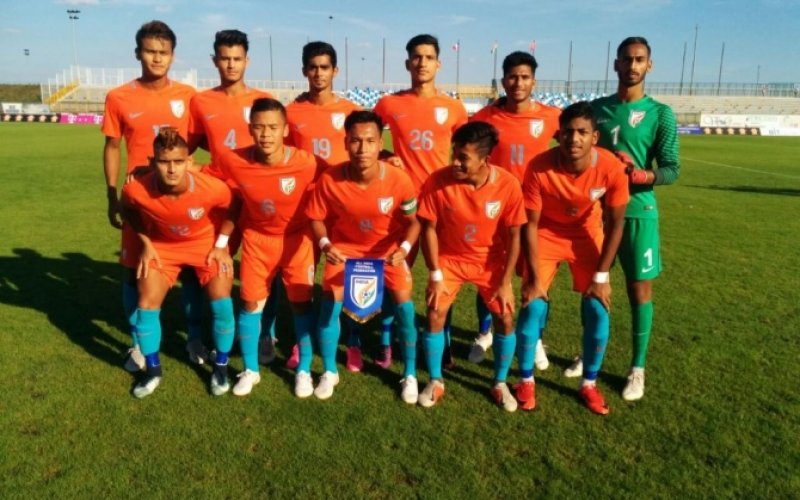 NEW DELHI: India U-19 went down 0-2 to U-19 National Team in the four-nation tournament in Zagreb, Croatia. The match was a historic first as this was the first time that any Indian age-group National Team ever played any National Team of a current World Champion.

Indian goalkeeper Prabhsukhan Gill denied the French colts in the 8th minute but the opponents were not to be denied for long as they surged into the lead in the 18th minute.

India had a chance in the 34th minute to level proceedings. But Aniket Jadhav, after he was found in the box by Boris Singh, lacked the venom to get it past the French Goalkeeper.

Goalkeeper Gill came up with another acrobatic save in the 44th minute as both teams headed to the interval, France enjoying a 1-0 lead.

Changing over, Aniket had another chance to level proceedings in the 65th minute. But his lob went inches over the bar.

France sealed the fate of the match in the 73rd minute making it 2-0.

The Indian U-19s will be leaving for Serbian shores to play two back-to-back friendlies against the U-19 National Team of Serbia on September 13 and September 17 respectively.