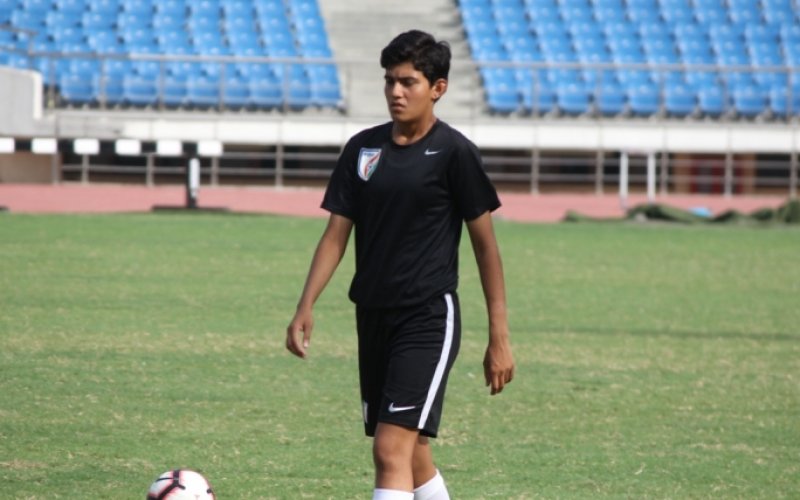 NEW DELHI: Football unites people like nothing else. But when football unites a community in supporting a budding footballer, the spirit of football becomes even more sweeter.

“My entire village supports me, everyone helps me and wants to see me succeed,” says 16-year old Samiksha from the village of Alakhpura in Haryana. “We are a community and all the elders come together to support football – be it men’s or women’s,” she utters in one breath.

Samiksha is one of the budding young girls honing their skills at the preparatory camp for U-16 Girls National Team as they gear up to travel to South Africa to play in the BRICS Cup.

“There have been times when the neighbourhood, all in their encouragement, buy a football for us to play. We are a big family and everyone looks out for the other,” she adds. “Football unites us.”

Football has put the village of Alakhpura in Haryana on the map. The inception of Alakhpura FC – a women’s football team projected the talent that Alakhpura has to offer on the National stage when the team participated in the first edition of the Hero Indian Women’s League.

Samiksha, that time 15 years old, was one of the integral members of the team along with Sanju Yadav, a regular in the Indian Women’s Senior National Team.

“Sanju didi has helped me a lot. She is like my elder sister and I have learnt a lot of things from her,” Samiksha said. “She helped me learn the nitty gritties of the game and how to conduct my demeanour on and off the pitch.”

At 16, it is no secret that Samiksha lives a humble life off the pitch, smiling often and helping her other teammates, perhaps a trait learned from her role model, Sanju. But what is even more important is her attitude on the pitch.

“We are weary of the teams we will face over there. It will be difficult and we are the underdogs there,” Samiksha minces no sweet words. “It will be very challenging to play some of the best teams in the world, but we will fight to the best of our abilities to edge out a positive result.”