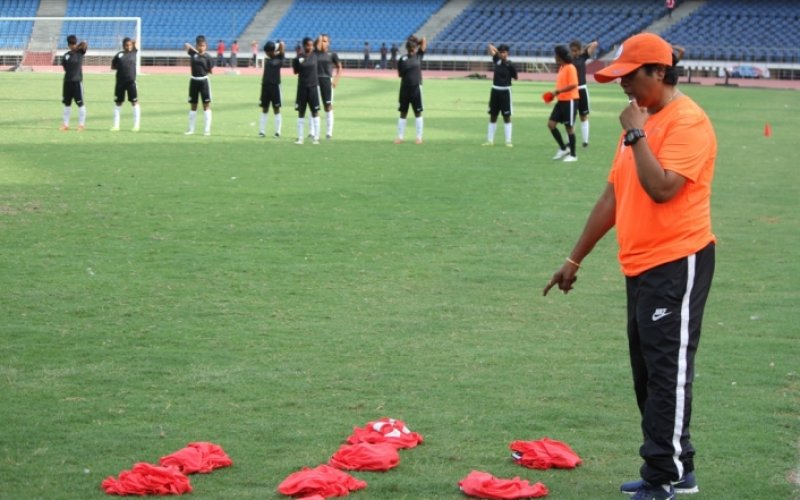 NEW DELHI: With the Indian U-17 Women’s National Team gearing up to participate in the BRICS U-17 International Tournament, which is slated to kick –off on July 17, 2018 in Johannesburg, South Africa, Head Coach Shukla Dutta feels that the team, “can surprise the big names”

Talking exclusively to www.the-aiff.com, Shukla Dutta explains at length about the team’s preparation, the opposition and discusses the potential of the Indian U-17 Women and a lot more. EXCERPTS:

How ready is the team for the BRICS challenge?

We have had a two week camp in New Delhi and in the span of the two weeks the team has come together to identify their strengths and weaknesses. We worked on squad cohesion and chemistry between some of the senior players and the junior players and unity remains one of our biggest assets.

How do you rate the opposition?

We will be facing some of the best teams in the world. Each team will provide its own challenge. We have to be at the top of our abilities and play together as a single unit. The opposition is of world class quality and it will be a good exposure for the players to face top quality teams.

What is the potential of the team?

The team has a lot of potential and could very well lay a strong foundation for the senior women’s team in the years to come. We might surprise the big names when we face them in the BRICS tournament.

Is it mentally challenging to face top teams in the world?

It is both a challenge and an asset. Facing top teams is an intimidating task in itself because you never know what they are able of producing in the span of ninety minute, but at the same time in the longer run, it is an asset because the player will get valuable exposure which will help them evolve as players.