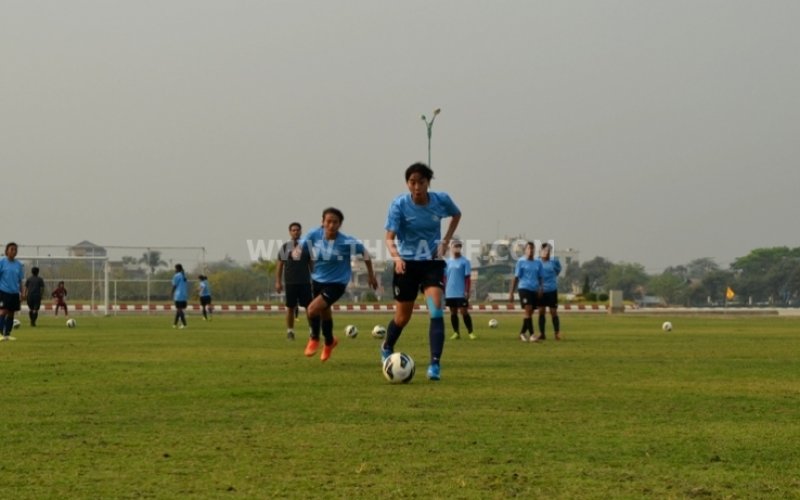 NEW DELHI: Indian Football in recent times has witnessed a massive fillip. Long gone are those days when one would fantasize about his country’s Player playing in a foreign league. And the new era of  ‘trendsetters’ such as Gurpreet Singh Sandhu (Stabaek FC), Romeo Fernandes (Atletico Paranaense), have dared us to dream of an epoch where India would be ushered in as a footballing nation, whilst gradually inspiring posterity.

Add to that ‘trendsetter list’ – of Indian players plying their trade in foreign lands – Oinam Bembem Devi, Ashalata Devi and Bala Devi, and you can perhaps imagine the magnitude of the tenacity of Indian football – which now witnesses not one, but three Women Footballers playing abroad.

Talking exclusively to www.the-aiff.com, one could almost sense the fusillade of glee in Bala Devi’s voice when she started envisioning the next chapter of her footballing life. “I am on top of the world. This has been one of the best days in my life. I am excited to participate in this league as this will be a very new experience for me to play in a foreign league.”

“I think this exposure will evolve me into a better Player. Although I am exuberant and jovial right now, I know playing abroad requires a lot of focus. Our participation in a foreign league will act as a beacon for Women’s football in India”, said Bala Devi, with a twinkle in her eyes.

The living legend that is Oinam Bembem Devi, who has been part of the success of the Indian Women’s National Team for nearly 20 years agrees that this exodus will act as a torchbearer for Indian Women’s Football.

“Our participation in a foreign league is kind of a salute to all those girls who dream of growing up and playing Football in India. This move will also convey the girls that if they work hard, dream big and believe in themselves, anything is possible. Moreover this will also inspire a number of girls to take up football and I think that is something positive for Women’s Football in general", says Bembem.

With an ever changing scenic view, only for the better, in Indian Football it would be fair to assume that the future is bound to hurl us with exceptional talents, courtesy of the heroes and ‘trendsetters’, who inspire them.