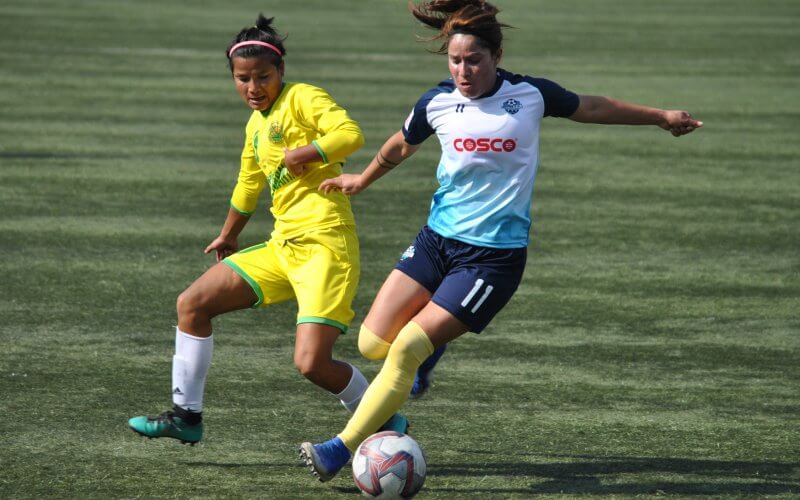 NEW DELHI: With nine points in four games defending Hero Indian Women's League champions Sethu FC are favourites to make it to the knockouts this season as well. A key player for them this season has been Nepali winger Anita Basnet, who is in her second season with the Madurai-based club.

“Bala-di is undoubtedly the best player in our region. Her professional contract inspires not only the Indian women players, but every woman player of the SAFF region,” she maintained in the sidelines of the Hero IWL.

"Bala di is an inspirational player. I am extremely delighted and excited for her. I feel this is a victory not just for Indian women’s football, but for all SAFF Players. We are all very proud. Earning a professional contract in Europe is not a joke as you need to be the best in business,” she added. “Let this be the beginning. Her move proves that we are not lacking behind much, and by working harder, we will also be able to make a mark. Her story is so inspirational.”

Anita also lauded the competition level in the Hero IWL. "There are so many players and teams in this competition which is much better than what we have back home in Nepal. It has been a great experience playing in India and the talent on display in the competition is quite amazing," Anita told www.the-aiff.com.

Anita, who made her Senior International debut for Nepal in 2014 expressed her delight at the opportunity to play with the likes of India Women's National Team skipper Ashalata Devi at Sethu FC -- with the two having crossed swords many a time at International competitions.

"At Sethu FC I have got the chance to play with the Indian captain Ashalata Devi. She is such an experienced player and was among the top 3 players in Asia last year as well. We have played against each other so many times for our countries. Here, she has supported me a lot and I am learning from her every day."

Sethu FC have a younger look to their team for this season and Anita hoped that they can go all the way to make it two titles in two seasons.

"Last year our team was very strong. This time we are a much younger side in comparison. All of us are motivated to give our 100 per cent and are looking forward to playing the final again. Hopefully, we can defend our trophy.”