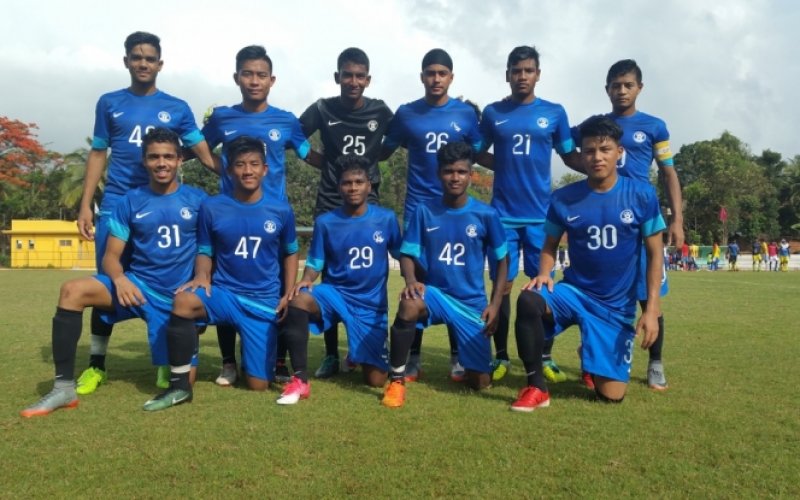 NEW DELHI: The AIFF U-16 put a great fight while going down 2-3 against the Oorja U-19 Goa State Team. The 80-minute match split over two halves of 40 took place at the Nagoa Ground in Goa.

The colts started on a positive note with a barrage of attacks within the opening minutes. Sailo came close with a free kick, while Vikram’s effort was cleared out. The rain made it difficult but Bekey broke the deadlock in the 18th with Basumatary providing the assist. The match settled down with the wet conditions making it difficult to control the ball. The 33rd saw Oorja restoring parity as the teams headed into the break soon after.

Things broke down in the 2nd half as Oorja scored in quick succession in the 52nd and the 60th to go up by 3-1. But the colts didn’t bow out to the setbacks and displayed their fighting spirit.

Both Ricky and Vikram came close before Ricky reduced the margin with just minutes to play. The dying seconds saw saw a golden opportunity for AIFF to equalize but Basumatary was unable to put it in with only the goalkeeper to beat.