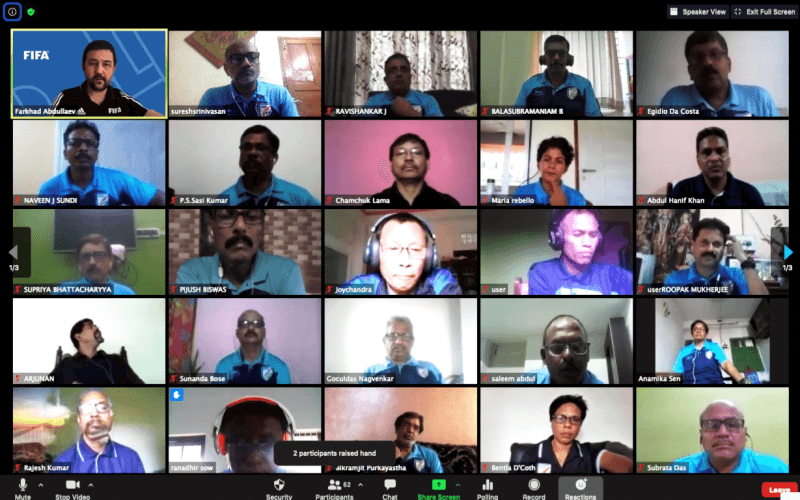 NEW DELHI: The All India Football Federation organised an online FIFA MA course for Referee Assessors from Tuesday (July 14, 2020) to Thursday (July 16, 2020). 48 officials, including three women Referee Assessors, attended the course. Mr. Farkhad Abdullaev from Uzbekistan was appointed as the course instructor for the same. New amendments in the laws of the game, handball interpretations, penalty area incidents and football understandings of the referees were stressed upon during the three-day course.

"Usually, we spend more time on handball situations during a course — because handball situations need to be discussed and understood properly. There were new amendments in the laws of the game this year. They were to be explained in details as well," Abdullaev stressed.

The Uzbek instructor was Technical Instructor in four FIFA World Cups including Russia 2018 as well as two editions of the AFC Asian Cup.

Further, he lauded the 'solidarity' amongst the Indian referee assessors while assessing their performances during the course.

"Overall, all of them possess a good understanding of the laws of the game and practical refereeing, but there are always some areas which need to be clarified. I can see they have good solidarity and always try to help each other. I observed it during group discussions."

He suggested organising a live session with Referees and Assessors together to "minimise the gap".

"A discussion between Assessors and Referees is beneficial as it will minimise the gap of different understanding in some critical situations. Next time, I would prefer to have referees and assessors in the same classroom for live courses. It will help to build a better understanding amongst them."

Referee A referee cannot afford to be star-struck, says Ro...