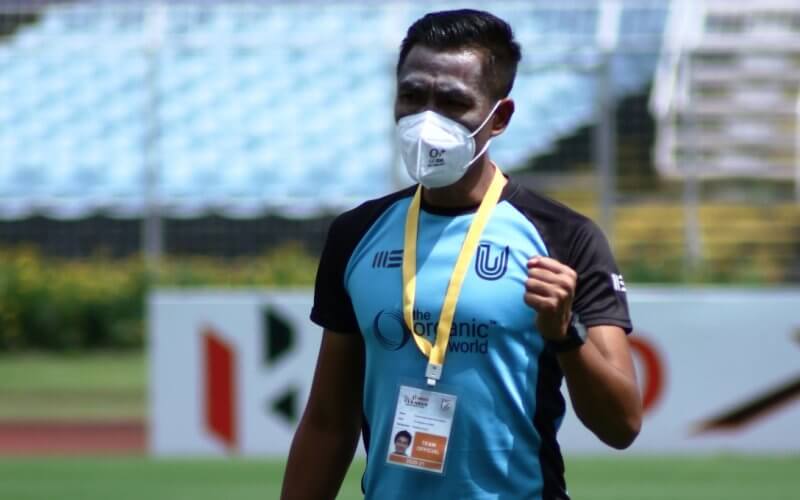 On World Mental Health Day, former India captain Gouramangi Singh, currently an Assistant Coach with FC Bengaluru United opens up about the changes that have happened in Indian Football in recent years.

KOLKATA: Former India International and captain Gouramangi Singh who has had a career spanning 15 years believes that the mental health aspect has become an important aspect, as Indian Football moved forward together over the years.

The 34-year-old had announced his retirement from professional football, and is currently the assistant coach at FC Bengaluru United which is playing in India’s first sporting event post the COVID-19-induced Lockdown – the Hero I-League Qualifiers 2020.

Speaking to the-aiff.com on World Mental Health Day, Gouramangi stated that the fact that players and coaches are now open about the mental issues that they face is a big improvement in Indian football.

“It is very good that players and coaches are open about the mental challenges that they face nowadays. We now have professionals who are there to help with these things, and they can be crucial to help players grow in their footballing careers,” said Gouramangi.

“Earlier people were not so open about such things. If you were facing such issues, or if you were uncomfortable with certain situations, you would mainly have to fight it out yourself,” he said. “But now people have realised that there is no shame in admitting that you are having difficulties in dealing with certain situations. This is a big step.”

Looking back at the earlier days in his own career, Mangi, as he is often fondly called in the dressing room, felt that the self-realisation of a player about his strengths and weaknesses could both make or break a player.

“When I graduated from the Tata Football Academy and started playing football at the senior level, it was obviously difficult. Everyone was suddenly expecting results from you. The scouts have picked you up for a certain reason, and if you don’t fulfil that, it could get tough,” Gouramangi stated.

“This is where the mental strength of a player comes into play. If he can realise early on what his strengths and weaknesses are, he can survive and flourish,” he continued. “Mental strength, at this stage, could make or break a player.”

He stated that it is important to trust the reason why a coach has selected him, and then work on sharpening those attributes. “Once you know why the coach has selected you, what attributes made him choose you over the rest, then it becomes easier to focus and sharpen that particular attribute,” said the 34-year-old.

“Every player is different. Some strikers would be an out-and-out finisher, while others would drop down and allow the rest of the team to come forward,” he started. “That is why it is very important to open up with coaches. That would allow you to know your own strengths and weaknesses.”

“I myself was not the fastest or the strongest or the tallest of defenders, so if I tried to play like a Van Djik, I would not have been able to play,” continued Gouramangi. “So I spoke to my coaches, and seniors and figured out how I could survive, why they signed me. Trust the coach, work on your strength, and understand how to use that strength in the larger context of the team. That will help you survive.”

🗣️ "Do not hesitate to reach out to your friends and family."

Speaking about his decision to hang up his boots two years back, Gouramangi delved upon the gravity of such a decision.

“Throughout my career, I had this one mindset after every game – did I do enough to get selected for the next match? Have I done enough? Even after I played my last game for NEROCA FC in the 2018 Hero Super Cup, I had the same thought going on inside my head,” he stated.

It took the celebrated central defender a couple of weeks to figure out that it was perhaps time to move on in his career in football.

“It’s not an easy decision to make. If you ask any player why they play football, the core reason is that they love it. But there comes a time when you look back and feel that perhaps your body will no longer allow you to play at the peak level in which you once played,” he averred. “If that is the case, you are not doing justice to your teammates by playing, because they have a certain expectation from you, as a senior member of the squad.”

“The people around me – my wife, family and friends helped me take my mind off the game at that time. You get some more perspective on things. you realise that there is more to life than playing football,” stated Gouramangi.

“Don’t get me wrong, I still love to play. I still play with my friends, but if I still played as a professional, I won’t be doing justice to my teammates. It’s not an easy conclusion to come to, and that is why it is important to talk about such things with your family. But yes, I do miss playing football as a professional.”

Although he had quit professional football, Gouramangi went on to complete his coaching licenses and is now the assistant coach at FC Bengaluru United. While his side has lost its first match in the ongoing Hero I-League Qualifiers, Mangi is using an old mentality to motivate his players for the upcoming matches.

“This is part and parcel of the life of a footballer, of a coach – this is life in football. you will invariably lose some. But just like my playing days, I have been telling my players the importance of building for the next match. Did we do enough in the last game? Maybe we can make up in the next one,” he said.