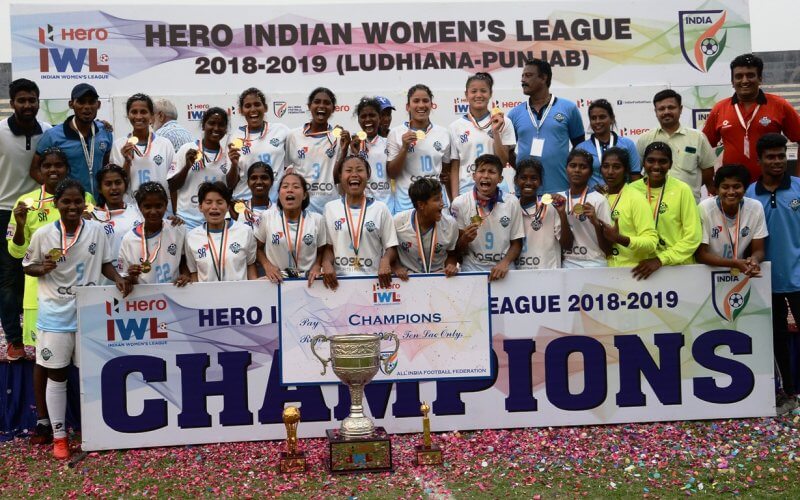 NEW DELHI, 9th January 2020: With the FIFA U-17 Women’s World Cup India 2020 on the horizon, the final Round of the premier women’s football league of the country - Hero Indian Women’s League 2019-20 will kick-off at the Bangalore Football Stadium in Bengaluru on January 24.

The fourth edition of the coveted tournament will see 12 teams from all across the country fight it out for top honours in Indian women’s club football.

The teams that are set to participate in the Final Round has made it to Bengaluru after a rigorous set of zonal qualifiers which were held on a pan India basis. Teams from Manipur, Gujarat, Maharashtra, Goa, Tamil Nadu, Odisha, West Bengal, Punjab, Karnataka, and the Rest of India zones have earned a ticket to the final round.

The 12 teams have been divided into 2 groups of 6 teams with each team playing the other once in the group. The top two teams from each group will proceed to the semi-final.

The tournament will start with Kryphsa FC of Manipur taking on Kickstart FC of Karnataka at 12:00 noon on 24th January 2020. All the matches have been kept at 12 noon and 3:00 PM IST to keep it conducive for the players.

“We are delighted to announce the kick-off of the 4th edition of the Hero Indian Women’s League from January 23. The Hero IWL is the perfect platform for all players to make an impact and earn themselves a berth in the Senior National Team,” he stated.

“The Hero IWL has a pan Indian presence and will also encourage budding footballers to pursue the sport in their respective regions. I wish luck to all the participating teams,” the General Secretary added.

Hero Indian Women’s League has been witness to the birth of many new talents as the likes of Ritu Rani, Karishma Shirvoikar, Wangkhem Linthoingambi Devi had made it to the Senior Women’s National Team on the basis of their performances for their respective clubs in the Hero IWL last season.

Indian Senior National Team Head Coach Maymol Rocky commented upon the development saying: “The Hero IWL has grown in stature over the years. We saw quality football being played last season. I'm sure the upcoming campaign will also have a lot of surprises in store for us.”

“We spotted a lot of talented young players in the league last season, some of whom went on to make it to the National Team. It is always encouraging when domestic leagues act as a launchpad for players to get to International football,” Maymol maintained.